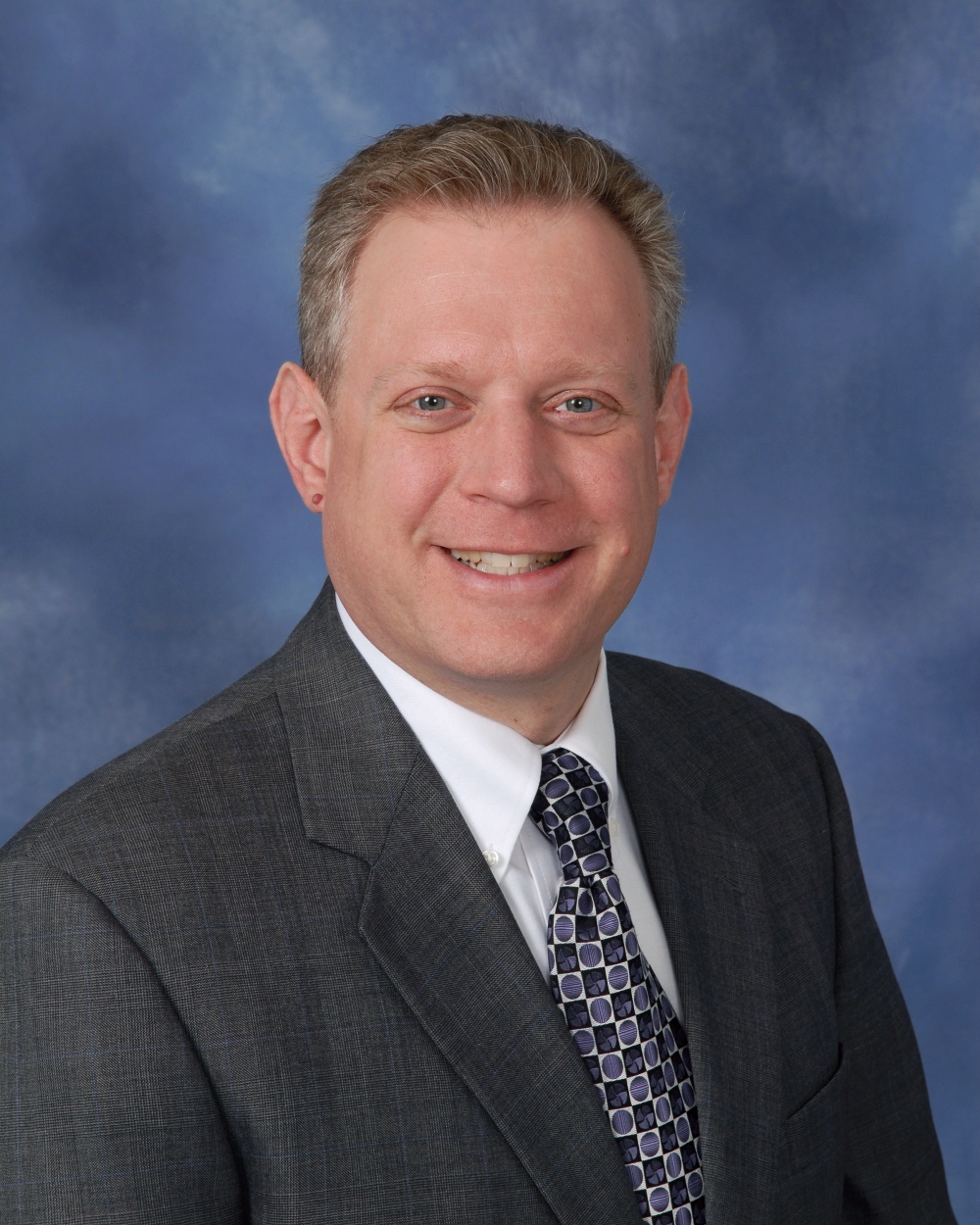 Rev. Eardley joined the staff on July 1, 2013. He grew up in Detroit, where he was an active member of Mt. Hope United Methodist Church. He graduated from the University of Michigan in with a degree in mathematics and  was on a path to become an actuary, but God had other plans. In 1993, he completed his Master of Divinity from Garrett-Evangelical Theological Seminary in Evanston, Ill.

His previous appointments range from small, rural to large, urban congregations, and he has experience with both traditional and contemporary worship. He comes to us from Frankenmuth United Methodist Church, where he served as pastor for 7 years.

Rev. April Gutierrez joined the St. Paul’s staff July 1, 2021 as associate pastor. Prior to her appointment here she was the chaplain at Adrian College. She is the co-convener of the Anti-Bias/Anti-Racism Working Group for the Michigan Conference of the United Methodist Church with Rev. Dr. B. Kevin Smalls of Southfield Hope UMC. She has a Master of Arts degree in Pastoral Ministry from Boston College School of Theology and Ministry and a Master of Arts degree in Spiritual Formation and Evangelism from Garrett Evangelical-Theological Seminary (Evanston, Illinois). Pastor April is currently completing her doctorate in Spiritual Direction at Garrett Evangelical-Theological Seminary. Her focus is embodied spiritual practices for Black and Latinx Young Adults embracing Sabbath. Prior to answering the call to ordained ministry, she worked for more than a decade in higher education with a focus on social justice education and ministry. Pastor April Gutierrez led Berry United Methodist Church for the Northern Illinois Conference in a revitalization effort of renewal and growth. She is passionate about vital worship that is table-centered, rich in practice-based ministry that cultivates adult spirituality. 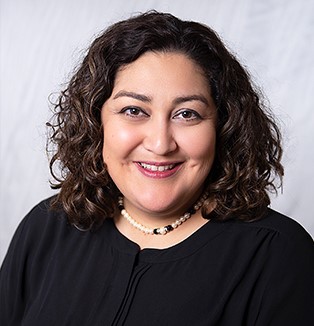 We welcome Rev. Judy May to our church staff as Associate Pastor beginning January 1, 2018. Judy has a degree in Humanities, Social Science and Education from Purdue University, a degree in Christian Education from Scarritt College in Nashville, and a Master of Divinity from United Theological Seminary. She was pastor at Waterford Four Towns UMC, Walled Lake UMC, Warren First UMC and Grosse Pointe UMC. She also has served as associate pastor at Dearborn First UMC, Program Director at Baldwin Avenue UMC and Community Center and Director of Christian Education at Dearborn First and Nardin Park. Judy has a daughter who lives in Rochester with her husband and three children and a son who lives in Massachusetts with his wife and daughter. 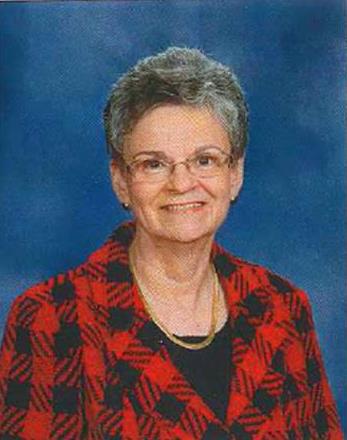 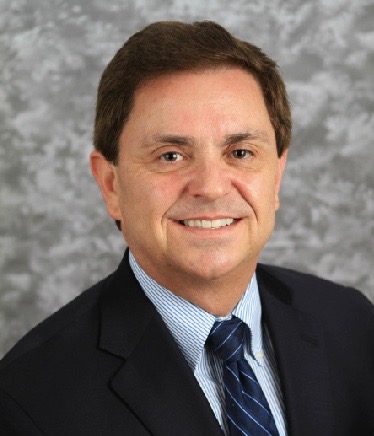 Rev. Kress, his wife, Marilyn, and daughter, Andrea, reside in Shelby Township. Marilyn currently serves in the Praise Team and leads the middle school Sing Out! Choir. Both have been actively supporting the launch of the new Open Door service, which occurs at 11 a.m. in Hickey Hall.

Rev. Kress was ordained in the Church of God (Anderson, Indiana), and we are excited that he will be living out his ordination among us at St. Paul’s.

Dr. Randall began his career as a church musician at the age of 14, playing the organ as a substitute at various churches on the east side of Detroit. After earning a bachelor’s degree in Vocal Music Education and Organ Performance at Wayne State University, he began a 14-year ministry at First United Methodist Church in St. Clair Shores. In 1995, he entered the graduate program in Sacred Music at the University of Michigan and, at the same time, became the Associate Minister of Music at First Presbyterian Church in Royal Oak.

In 1997, he moved to Utica United Methodist Church as Director of Music and Worship Arts. He earned his Doctorate in Sacred Music in the spring of 2000.

He and his wife, Ellen, live in Chesterfield Township and they enjoy boating, traveling, and gardening. 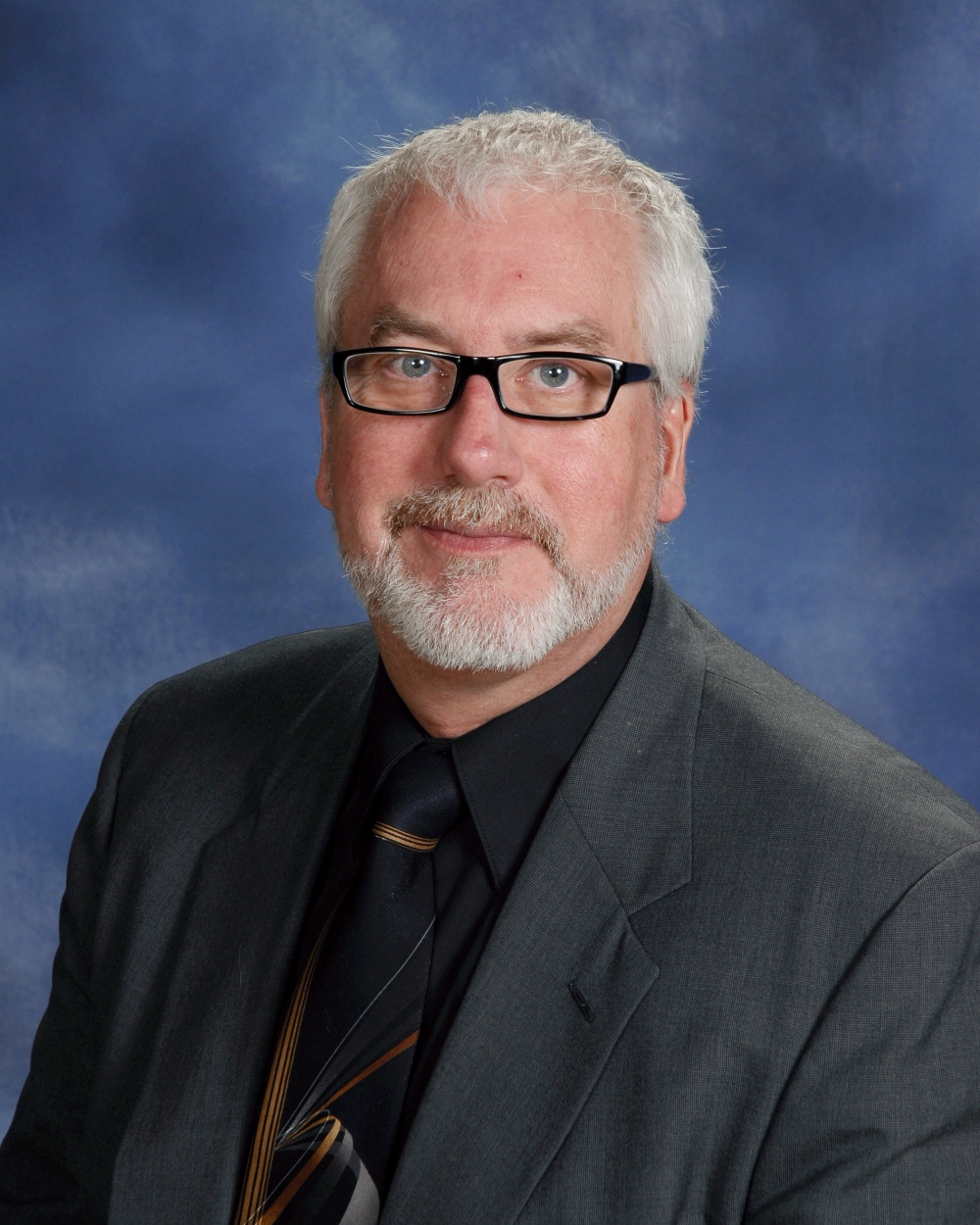 Sam Wright serves as an Associate Director of Music at St. Paul’s United Methodist Church. Sam has been involved in worship since middle school. He has toured and produced music with many church bands including Woodside Worship and Oak Pointe Youth Worship. Sam also studies Theatre with a minor in Biblical Studies at Rochester College and has performed in numerous plays with the Rochester College Theatre Department. Sam leads worship at the 11 a.m. Open Door Service on Sundays. 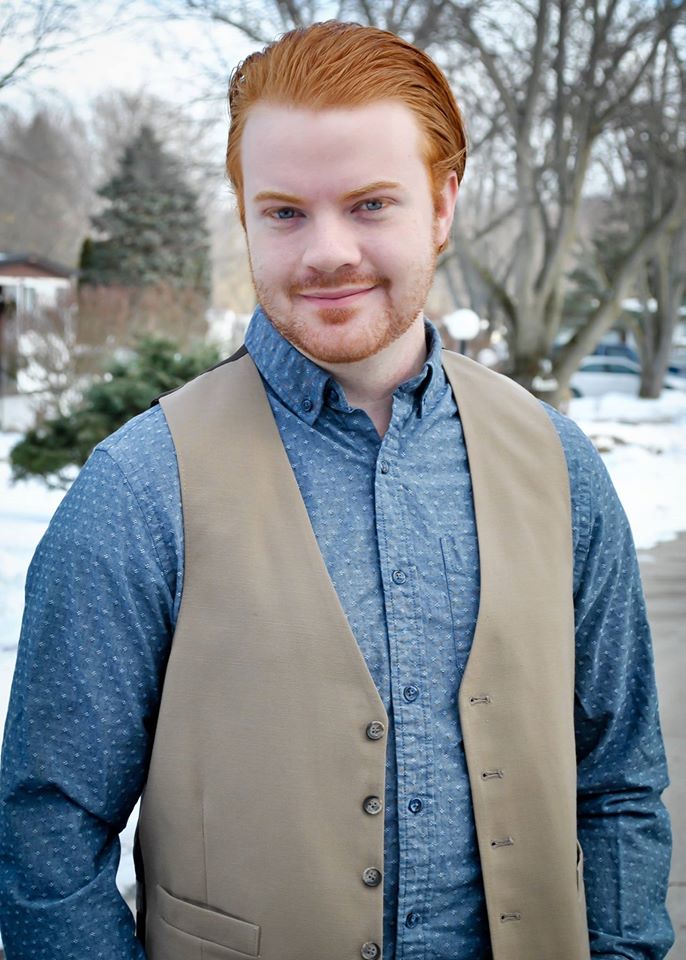 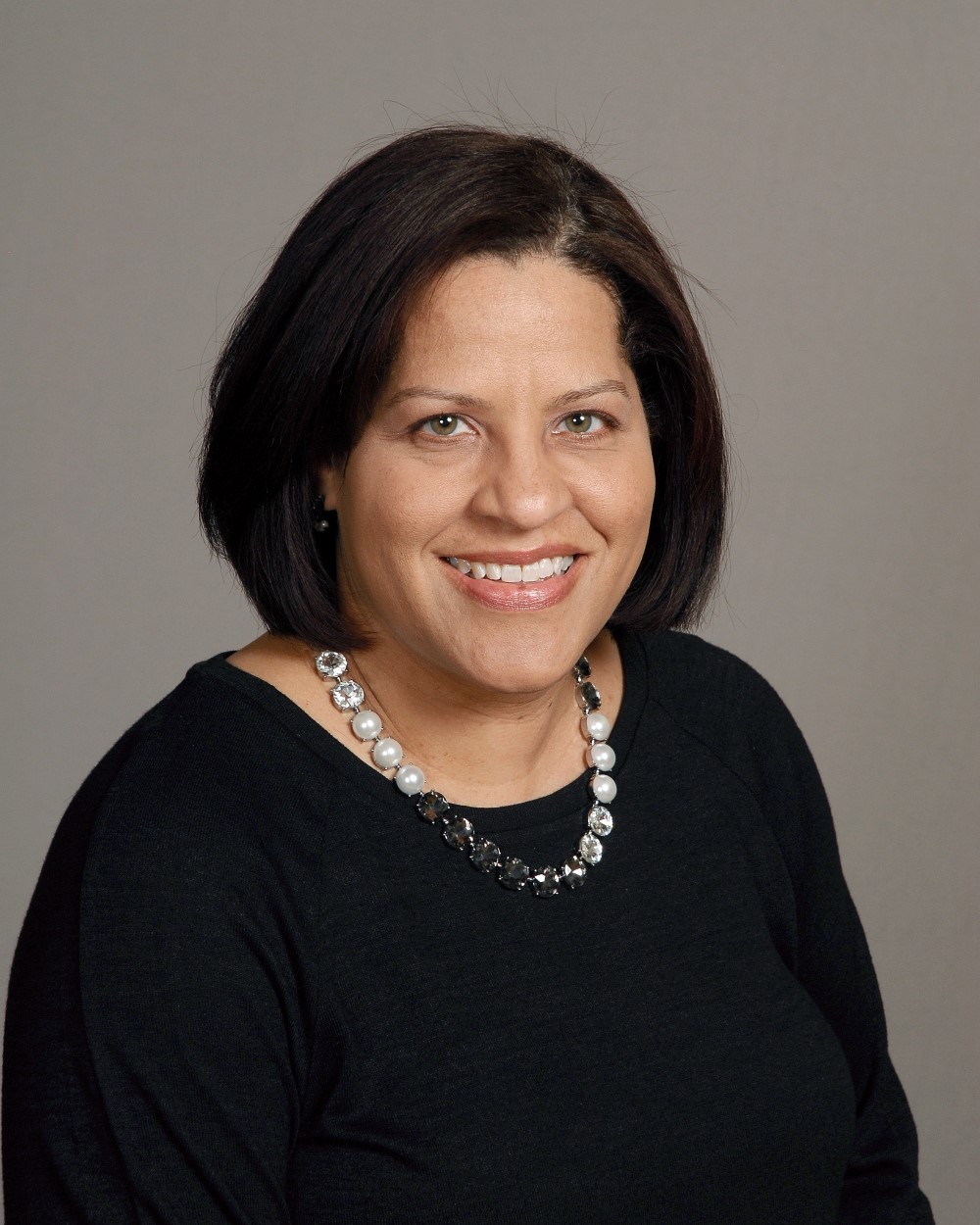 Rachel is a lifelong United Methodist and has been attending St. Paul’s since 2012.  She has been a part of the Hugs Group, Open Hearts and more recently developed and taught a class Difficult Conversations focused on race relations.  Rachel joined the staff as the Business Manager in 2016 and added Adult Ministry responsibilities in 2021.  She is also a trained coach for the Michigan Conference through the International Coach Federation.

As a preacher’s kid, Rachel spent most of her childhood in West Michigan and attended several churches.   A gifted leader with a passion for creating grace filled spaces, Rachel is passionate about helping others and connecting them to opportunities to grow in their faith. 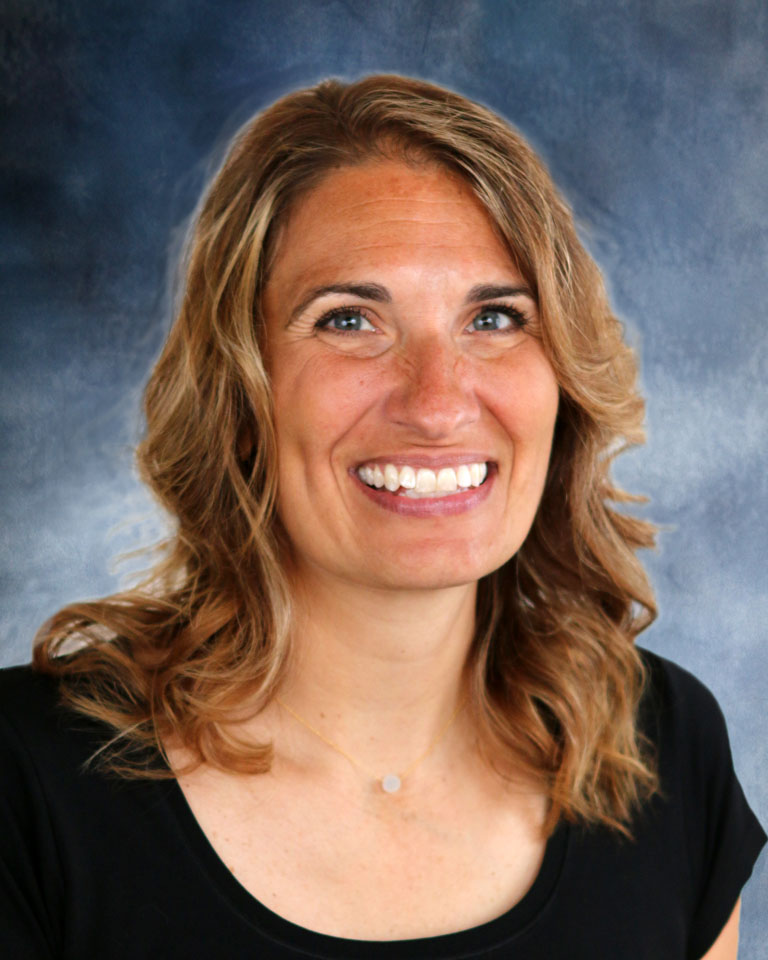 Jodi, her husband Walter, and her family have been attending St. Paul’s since 2011. Both of her children, Sydney and Drew, have been confirmed at St. Paul’s.

Jodi has always had a passion for working with youth.  She received her Bachelor’s degree in Criminal Justice from the University of Dayton and her Master’s in Social Work from Loyola University Chicago.  She has held positions as a Victim Advocate, Family and Child Therapist, and School Social Worker.  She also co-wrote a literacy based mentoring program for teens and developed and facilitated many empowering groups for children and youth dealing with various life issues.

Jodi enjoys watching her son’s baseball games and her daughter’s dance performances, reading, spending time with family and friends, and finding an occasional treasure at vintage stores and garage sales.

Amy and her husband Jamie joined St. Paul’s in May of 2000 when their first daughter, Lilly, was baptized. Amy joined the staff in 2011.

They were drawn to the church even before they started their family because of the wonderful children’s programs that were offered.

Amy grew up in the First Presbyterian Church in Fenton, Mich., living in Fenton until she left for her undergraduate work at Albion College. She is a certified elementary school teacher and spent seven years teaching in Holly while earning her M.A.T.  from Oakland University. Amy and Jamie are the proud parents of two daughters, Lilly and Annie. 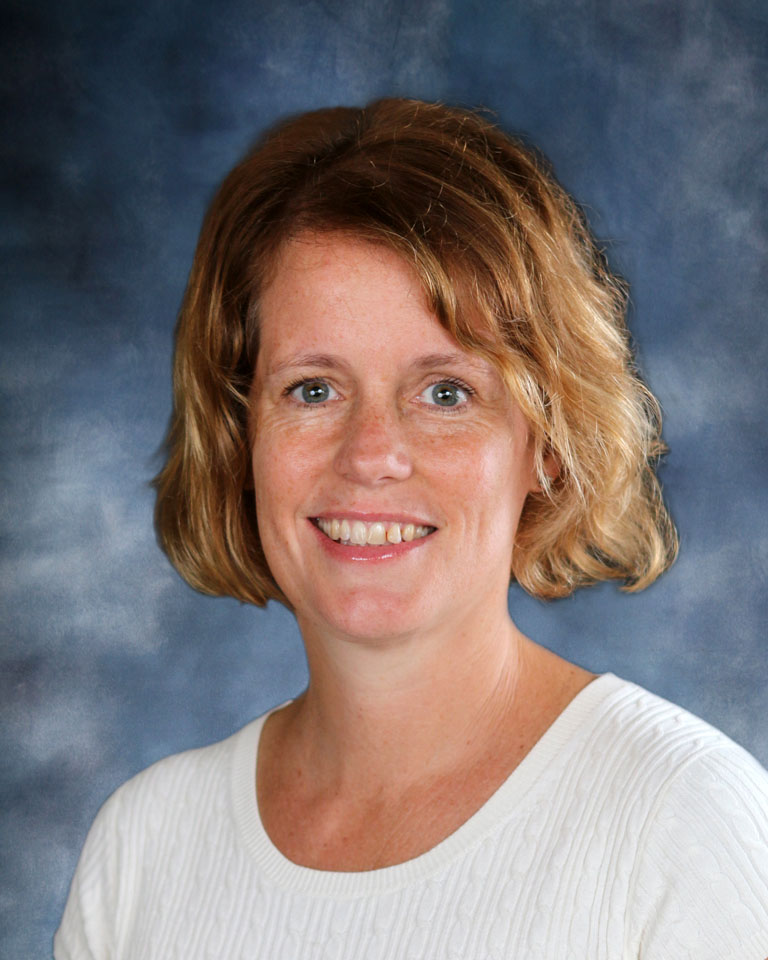 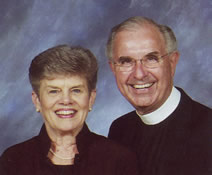 Dr. Timothy Hickey served St. Paul’s Rochester for 27 years. He arrived here as senior minister in June 1973 and retired from here in October 2000.

Known throughout the United Methodist Church Detroit Conference as a dynamic preacher, Tim has always had an intense focus on liturgy, evangelism and church growth. During his tenure at St. Paul’s, the church grew both physically and numerically.

Upon his retirement in 2000, his love for St. Paul’s was reciprocated when he was elected pastor emeritus and St. Paul’s Friendship Hall was renamed Hickey Hall.

In retirement in Palm Coast, Florida, Tim and Betty Lou enjoy reading, traveling and antiquing. Tim has returned to preach several times, including in September 2008 in celebration of St. Paul’s 150th anniversary and Homecoming Weekend.